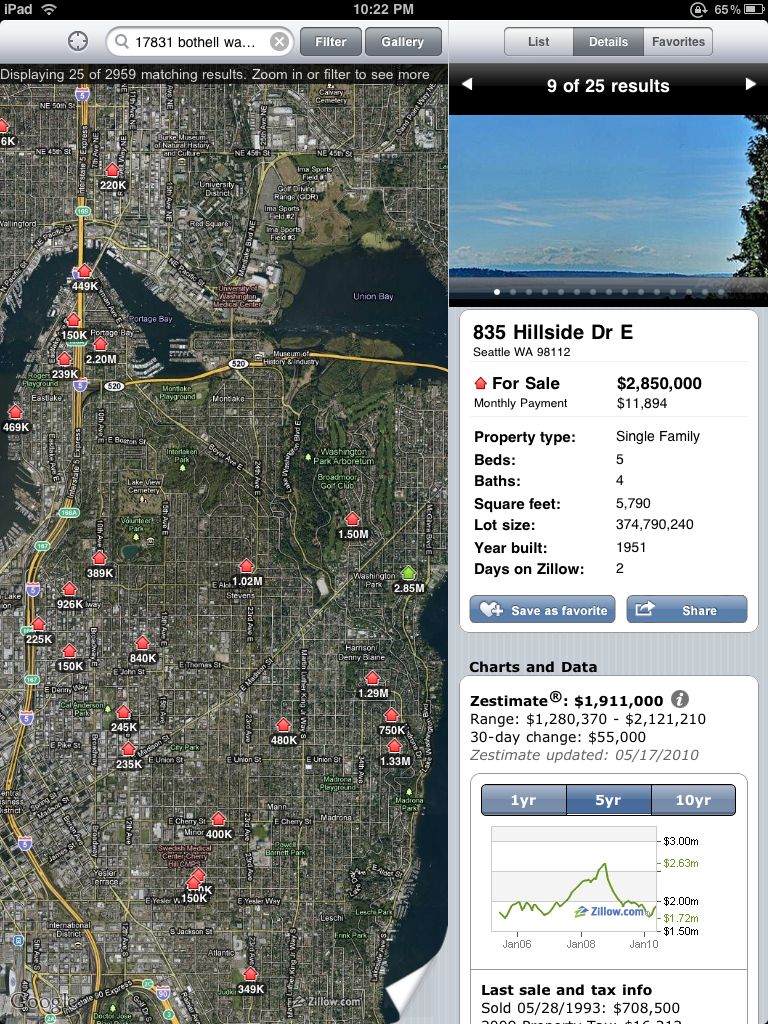 It’s been about three weeks since I purchased my iPad and I thought it would be fitting to write up a list of my favorite apps so far. I chose to write about apps that don’t come with a new ipad, but some are quite well known already. So without furrier ado, here it is: 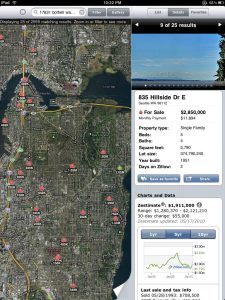 Not everyone is looking for a house, but this beautiful app has proven most useful on my house hunt. Being able to touch houses on a map makes a lot more sense in general than flipping through a list and it’s really easy to get the details and view photos in a gallery view. If you’re not looking for a house, the incredible map interaction available in Google Maps is very useful and impressive–try clicking on street view and you’ll feel like you’ve been magically teleported to the place on the map. 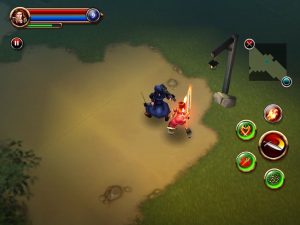 This game was previously released for the iPhone, but it looks really slick on the iPad. It’s similar to the PC game Dungeon Siege and the game play is quite fun.  Sometimes the UI controls aren’t the best (e.g. getting in the way of where I want to tap on the map), but can you imagine playing a 3d RPG on a laptop for 3-4 hours without plugging it in? It’s amazing that I can play this kind of game on the iPad anywhere, anytime because of the superb battery life. And when it’s time to stop, exiting the game is as simple as pressing the big black hardware button. It is a bit slow to load, but being able to start and stop playing a rather sophisticated game so easily is quite impressive. 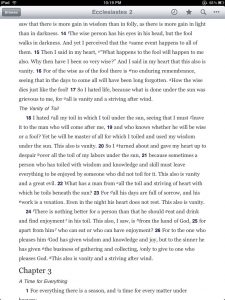 The ESV study Bible is one of my most used apps and it’s AMAZING given it’s price: free. I expected it to be just another Bible app backed by a web service, but it turns out that you get the whole ESV Bible for free, OFFLINE (since I have the wifi-only iPad, this matters alot)!!!  This app has a beautiful UI and beautiful typography. The search functionality is well thought out, organizing results by books of the Bible, and you can take notes on passages. It is a bit difficult sometimes to select the passage that you want to write a note about (seems like you have to press precisely on the verse number or something) and I wish the app had a way to sync my notes online, but overall this app has exceeded my expectations. A pay for version that includes the ESV Study Bible’s commentary would be well worth it. 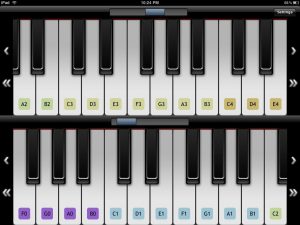 I play violin and I’ve always been jealous of pianists because it seems like pianos are everywhere–they can play virtually anywhere whereas violinists have to lug around a heavy case to and from select locations. Well, to my joy and dismay, those lucky pianists can now literally play anywhere. The Virtuoso app displays a touch piano keyboard on screen so songwriters and musicians can practice on the bus, in the park, at the library while in class…everywhere!!! And amateurs like myself can have some fun too messing around on the instrument when bored…now if only this company could release a violin simulation…i’d be very impressed…:)  (Note: the keys aren’t full-size and I think multitouch can’t handle 10 fingers, so its not like you can practice Fantasie Impromptu on this thing–though some have tried something like that). 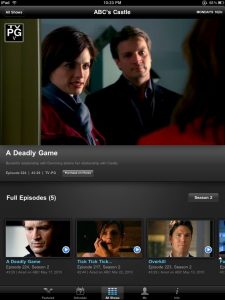 Lastly, yes, the iPad doesn’t support flash, so you can’t watch hulu on it…but it does have an excellent player from ABC that lets you enjoy TV shows on the beautiful 9.7″ screen, nice and close. The main show on ABC that I like to watch is Castle, so yes selection is limited, but if other networks release similar apps, I don’t think I’m going to need a tv at all…

So that’s my list for now, hope it’s helpful for fellow iPad-ers and iPad-ers to be.

PS, this post was originally written on the iPad and then edited on a laptop to correct typos and insert the images.