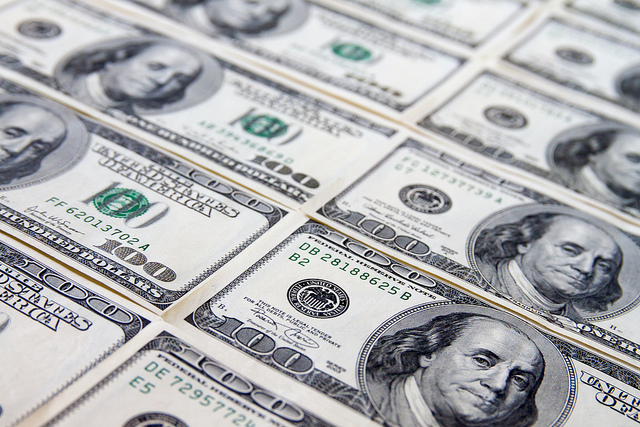 As described in What I Hope To Do, I believe one of the greatest experiences a person can have is an unquenchable desire for God, which finds in Him more love, satisfaction and joy than they ever imagined. This is the kind of experience I want to invest in for others to enjoy. But, practically speaking does it make sense to do so financially?

Assuming that offering people overflowing joy in God as a value proposition is even feasible, could it be a business? What would be the just exchange of value? Can you and should you build a business model around wowing people with the grace of God, over which you have no control? Assuming you could and should, would you stake your real, hard-earned cash on it?

I want to focus on answering the last question in this post from an emotional (not technical) angle. Through seasons of discouragement and disbelief, God has comforted me with these three perspectives on my money and investment in this cause. When things seem impossible, these thoughts have strengthened my emotional fortitude by turning gloom into thankfulness and joy.

Perspective #1: There is no shame in saying, “Lord, I have nothing left to give.”

I’ve been tempted several times to shift from my main purpose for the sake of short term revenues like consulting gigs, but I have to keep testing each opportunity against what I believed God has called me to. Sometimes I do wonder what might happen if there is no breakthrough and my bank account goes to $0.00.

I’ve been comforted with the realization that even if I reach a point when I say, “Lord, that’s all I got. There’s nothing left to give.” it would actually be an occasion for joy and not shame! Why should I be ashamed of giving all I have for His purpose? To the contrary it would be an honor to show how much He is worth.

“The kingdom of heaven is like treasure hidden in a field, which a man found and covered up. Then in his joy he goes and sells all that he has and buys that field. (Matthew 13:44 ESV)

Then Jesus told his disciples, “If anyone would come after me, let him deny himself and take up his cross and follow me. For whoever would save his life will lose it, but whoever loses his life for my sake will find it. For what will it profit a man if he gains the whole world and forfeits his soul? Or what shall a man give in return for his soul? For the Son of Man is going to come with his angels in the glory of his Father, and then he will repay each person according to what he has done. (Matthew 16:24-27 ESV)

Peter began to say to him, “See, we have left everything and followed you.” Jesus said, “Truly, I say to you, there is no one who has left house or brothers or sisters or mother or father or children or lands, for my sake and for the gospel, who will not receive a hundredfold now in this time, houses and brothers and sisters and mothers and children and lands,with persecutions, and in the age to come eternal life. But many who are first will be last, and the last first.” (Mark 10:28-31 ESV)

A woman came up to [Jesus] with an alabaster flask of very expensive ointment, and she poured it on his head as he reclined at table. And when the disciples saw it, they were indignant, saying, “Why this waste? For this could have been sold for a large sum and given to the poor.” But Jesus, aware of this, said to them, “Why do you trouble the woman? For she has done a beautiful thing to me. For you always have the poor with you, but you will not always have me. In pouring this ointment on my body, she has done it to prepare me for burial. Truly, I say to you, wherever this gospel is proclaimed in the whole world, what she has done will also be told in memory of her.” (Matthew 26:7-13 ESV)

Perspective #2: If God wants to see more of this, He will provide for it.

When I feel inadequate and resource-constrained, I have often fallen back on this prayer: “God if you want to see more of this work and outcome, you must provide for it. You’re the one who can bring it about.” If my work produces the fruit He wants to see in the world, then as the supremely wise and wealthy investor, He can direct resources appropriately to get more of the returns He wants.

At TheoTech, we focus on pursuing the outcomes God desires. He is our investor as well as our customer and if by grace we produce more of what he wants, we trust in him to supply what is needed continue. If he chooses not to, then we trust his discretion and pursue whatever else he directs our labor and attention to.

“I am the true vine, and my Father is the vinedresser. Every branch in me that does not bear fruit he takes away, and every branch that does bear fruit he prunes, that it may bear more fruit. Already you are clean because of the word that I have spoken to you. Abide in me, and I in you. As the branch cannot bear fruit by itself, unless it abides in the vine, neither can you, unless you abide in me. I am the vine; you are the branches. Whoever abides in me and I in him, he it is that bears much fruit, for apart from me you can do nothing. If anyone does not abide in me he is thrown away like a branch and withers; and the branches are gathered, thrown into the fire, and burned. If you abide in me, and my words abide in you, ask whatever you wish, and it will be done for you. By this my Father is glorified, that you bear much fruit and so prove to be my disciples. As the Father has loved me, so have I loved you. Abide in my love. If you keep my commandments, you will abide in my love, just as I have kept my Father’s commandments and abide in his love. These things I have spoken to you, that my joy may be in you, and that your joy may be full. (John 15:1-11 ESV)

For the eyes of the Lord run to and fro throughout the whole earth, to give strong support to those whose heart is blameless toward him. (2 Chronicles 16:9a ESV)

And my God will supply every need of yours according to his riches in glory in Christ Jesus. (Philippians 4:19 ESV)

He turns rivers into a desert, springs of water into thirsty ground, a fruitful land into a salty waste, because of the evil of its inhabitants. He turns a desert into pools of water, a parched land into springs of water. And there he lets the hungry dwell, and they establish a city to live in; they sow fields and plant vineyards and get a fruitful yield. By his blessing they multiply greatly, and he does not let their livestock diminish. (Psalm 107:33-38 ESV)

“One who is faithful in a very little is also faithful in much, and one who is dishonest in a very little is also dishonest in much. If then you have not been faithful in the unrighteous wealth, who will entrust to you the true riches? And if you have not been faithful in that which is another’s, who will give you that which is your own? No servant can serve two masters, for either he will hate the one and love the other, or he will be devoted to the one and despise the other. You cannot serve God and money.” (Luke 16:10-13 ESV)

Perspective #3: What if God gave you an outcome money cannot buy?

One of TheoTech‘s tenets is, “We will love God, not money”. This is not because we disregard money, but because we want to trust in God and serve Him alone.  We want his interests to drive our decision making instead of financial incentives. We long for the outcomes that only God can bring about. The outcomes that you couldn’t buy even if you were a billionaire. The outcomes that a purely pecuniary outlook would not value.

Where could you go to buy these outcomes? There is no Fortune 500 company, no venture capital firm, no NGO, no university or other organization where you could dump a load of money and say, “Make it so.”

Even so, TheoTech aspires to be such a place. It’s not swimming in cash, but hey, I have a rich Dad who has divine leverage :-). Indeed, it seems that with God we deal more in the currency of faith than cash.

When I feel discouraged by the smallness of what I have to offer compared to the vastness of the vision, I draw inspiration from the question: “What if God used this little I have to make something amazing happen?” It would be an unspeakable privilege to see him do the impossible with the “five loaves and two fish” that I (and others) have put in to bring about even one of these priceless outcomes.

Jesus looked up and saw the rich putting their gifts into the offering box, and he saw a poor widow put in two small copper coins. And he said, “Truly, I tell you, this poor widow has put in more than all of them. For they all contributed out of their abundance, but she out of her poverty put in all she had to live on.” (Luke 21:1-4 ESV)

Now when it was evening, the disciples came to him and said, “This is a desolate place, and the day is now over; send the crowds away to go into the villages and buy food for themselves.” But Jesus said, “They need not go away; you give them something to eat.” They said to him, “We have only five loaves here and two fish.” And he said, “Bring them here to me.” Then he ordered the crowds to sit down on the grass, and taking the five loaves and the two fish, he looked up to heaven and said a blessing. Then he broke the loaves and gave them to the disciples, and the disciples gave them to the crowds. And they all ate and were satisfied. And they took up twelve baskets full of the broken pieces left over. And those who ate were about five thousand men, besides women and children. (Matthew 14:15-21 ESV)

What’s your perspective on faith, money and investment? How do you choose where to direct your capital? What kind of outcomes (other than financial) are you pursuing? How do you deal with financial anxiety?