3 lessons learned from Code for the Kingdom Seattle 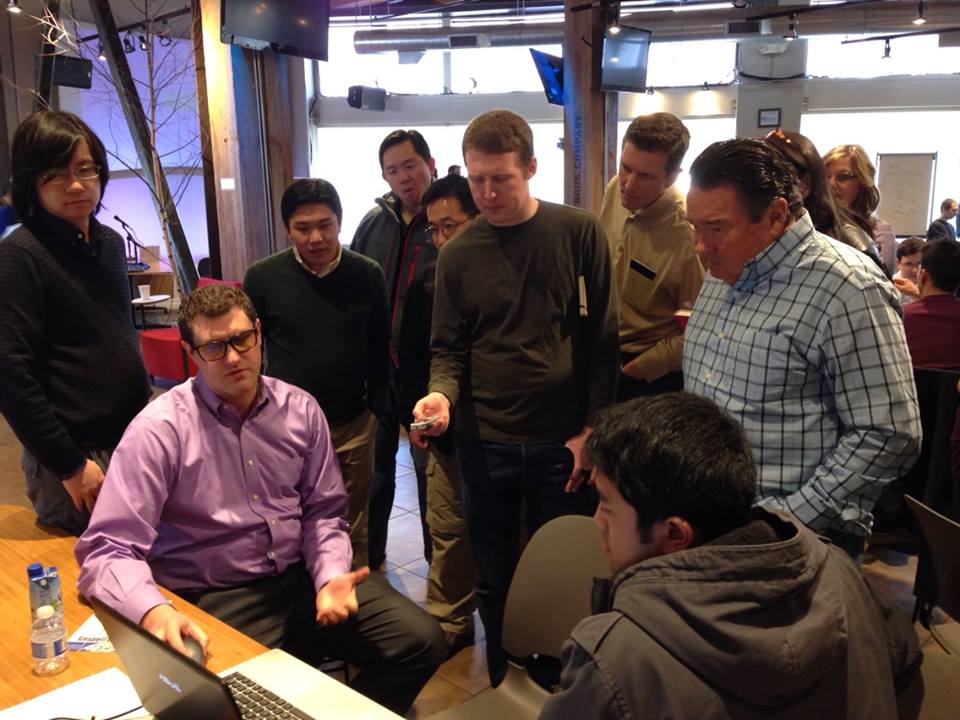 After 36 hours of hacking, 12 teams of technologists, entrepreneurs and designers presented their solutions to 7 challenges at Code for the Kingdom Seattle. The excitement was palpable as people demoed what they built together and recounted how God energized them for the task. I certainly felt like I was living the dream.

You can read my thoughts as a participant of a previous hackathon here. This is briefly what I learned as an organizer.

Lesson #1 – Social time is not a waste of time

Despite my past distaste for undirected socializing, I discovered that the act of convening itself satisfies people’s real need for company, other goals aside. Each participant had different reasons for coming, but we shared a common desire to exercise our skills, to not be isolated, to get to know each other, and to help one another.

By the end, some people grew in technical prowess, others got a solution for their problem, some were reinvigorated by the energy of their peers, while others gained new friendships. The value delivered to each person could not have been meticulously planned ahead of time, but it could only be realized by convening. As an introvert, I was reminded that good things happen when you simply show up.

by Sam Crabtree (affiliate link) convinced me that praising people for the ways they reflect God’s character is an essential element of Christian community. Affirmation brings a breath of fresh air to relationships and energizes people to continue doing good. Chris Armas, the primary organizer of Code for the Kingdom, is the first person I’ve encountered who consistently practiced it. His ability to bring together a team of volunteers and motivate them around a common cause was amazing and his method was simple:

On every weekly call, he would genuinely ask “how are you?” and sincerely end with, “how can I serve you?” Throughout the preparation and duration of the event Chris would notice even the smallest positive contributions and affirm them without ignoring the work still to be done.  This is admittedly an oversimplification of all the behind the scenes work he had to do, but the affirmation was contagious. I started imitating him and took great pleasure in refreshing others, resulting in a virtuous cycle of mutual refreshment.  “A generous person will prosper; whoever refreshes others will be refreshed.” (Proverbs 11:25).

Exercise: Try affirming Godly behaviors that you notice in other people 5 times today.

Code for the Kingdom was free for all attendees (registration was refunded if you showed up). This was made possible by the sponsors, the two largest being Leadership Network and Faith Comes by Hearing. Their generosity created an atmosphere of a bias for action and a freedom to experiment (I wouldn’t be able to put on an event like this myself for fear of wiping out my savings in one go :-)). At the same time I learned that generosity is not opposed to frugality–on a Costco run, we would still locally optimize how much we spent on snacks and drinks, etc.

People were generous not only financially, but also with their time and labor. Shannon Thompson meticulously served as the event coordinator and made several runs with Chris to Costco and Walmart to ensure the rabid developers were well provisioned for their red-eye programming. Shamichael Hallman captured every important moment to ensure we had great coverage of the event and Blake Burris confidently guided the group as the master of ceremony. There were many more volunteers, some of whom had come from out of town to be there.

Can you imagine what it was like to be in a room filled with such generosity and service? It made me not want to miss out on the joy of giving. “It is more blessed to give than to receive.” (Acts 20:35b)

Want to bring Code for the Kingdom to your area? Get in touch with one of us here.

Want to join a community of generous people using their technical, design, and entrepreneurial gifts to advance the gospel? Sign up at here to stay connected.